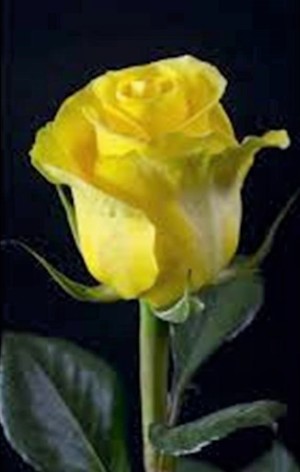 Services will be held on Thursday, February 20 at Parkade Baptist Church, 2102 N. Garth Avenue, Columbia, MO, with visitation from 11:00 a.m. to 12:00 p.m. followed by funeral service at 12:00 p.m., with Reverend Chris Cook and Reverend Terry Hunsaker officiating. Burial will be in Memorial Park Cemetery immediately following the church service.

Verna was born July 17, 1924 in Northern Boone County to Tilford and Ocie (Voorheis) Sims. The family moved to Columbia when she was four years old. She graduated from Hickman High School in 1942 and married her high school sweetheart, Roy Hudson. He enlisted in the Air Force in 1943 and she followed him to California, Texas, Maryland, Utah and Kansas but her travel stopped when he went overseas. He preceded her in death in 1978. They were married 36 years.

She and Roy had five children, one daughter, Glenda, and four sons, Ronald, Richard (Rick), Randall and Roddy. Verna was a homemaker most of her life. However, when Rick was drafted due to the Vietnam War, Ron enlisted in the Air Force and Randy left to serve an overseas mission, she went back to work at the University of Missouri and Stephens College, and then to Parkade Baptist Church as financial secretary where she served for nearly 30 years, retiring in 2008. Upon retiring, they honored her as “Financial Secretary Emeritus”. She was an active member of Parkade Baptist Church where she taught children’s and adult Sunday school. She dearly loved her church and family. They were her pride and joy. She loved her Lord and her many friends.

She was preceded in death by her parents, her husband, infant daughter Glenda, three sons – Ronald Roy, Randall Dale, and Roddy Gene, one great granddaughter, Emily Suzann, and three sisters – Leota Palmer and Cleo Anderson of Columbia, and Geneva Bates of Boise, Idaho.

Verna is survived by one son, Richard Lee and wife Linda, two daughters-in-law, Lauri Murphy (Alan) of Columbia and Jill Kerley (Monty) of Simpson, Illinois; four grandsons, Scott (Sarah), Steve (Trisa), and Ron of Columbia, and Tyler (Erica) of Sanford, ME. She often said that she was blessed that God let her live to see her great grandchildren, Stevie Richard and Mya Joy Hudson of Columbia; Ava, Kai and Zoe Hudson of Sanford, Maine; Emily, Helaina Anne and Claire Elizabeth Holmes, and great-great Daisy Durran. She is also survived by many treasured nieces and nephews.

In addition to her church activities she was a member of the Columbia Art League and Fabulous Fifties Senior Club. Hobbies included her many crafts, especially china and oil painting and growing roses. Her most faithful and enjoyable hobby was watching her sons and grandsons sports activities; as well as her baseball Cardinals and Mizzou Tigers.

In lieu of flowers, donations to Parkade Baptist Church Building Fund are suggested.

Special heartfelt thanks to the staff of Elm Neighborhood at The Bluffs, and Boone Hospital Hospice.