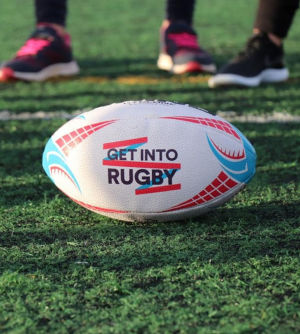 Ian was born on October 10, 1936, in Palestine to the late Heinrich Wilhelm and Erika Rachel (ben Levi) Hermann.  During WWII Ian and his family escaped to German Southwest Africa (Namibia) where Heinrich’s parents had previously settled.  Ian grew up in Okahanja, Namibia, went to boarding school in South Africa and to college at Nottingham University (1958-1960) in England earning a degree in Commerce.  While in South Africa Ian played on the Springboks Rugby team winning a scholarship to Nottingham.  In later years Ian’s grandparents moved to Cape Town and Ian always considered Cape Town his home.

After school Ian came back to Africa working on the copper mines in northern Zambia, and then moved to Rhodesia (Zimbabwe) to start a furniture factory with his cousin – a trade he learned from his grandfather.

During a vacation to Israel the Six Day War started.  Ian joined the Israeli Defense Force and fought as a paratrooper in the Negev Desert.

In the 60’s Ian converted to Christianity after attending a Billy Graham Crusade in London and so began his new life in Christ.

They moved to the United States, in 1978 settling in Gallup, New Mexico where Ian opened a furniture business and their daughters, Rachel Carol and Sharon Christina, were born.

In 1981 the family moved to Columbia.  Ian worked worked briefly for Ethan Allen and then started his own furniture business that he ran for over 30 years.

Rugby continued to be a big interest for Ian.  He served as the coach for the Mizzou Club Rugby team for 20 years.

Ian was always involved with church life serving as Sunday School teacher, in men’s groups and prayer meetings. Ian was always thankful for the new life and family he found in Christ.

Our family will always remember Ian as a fun loving husband, father, and grandfather and an example of Godly wisdom to everyone who knew him.

To send flowers to the family or plant a tree in memory of "Ian" Isaac Wilhelm Hermann, please visit our floral store.