Share a memory
Obituary & Services
Tribute Wall
Read more about the life story of Anthony "Tony" and share your memory.

Tony was born February 21, 1937, in Avalon, MO to Anthony Martin Bonderer and Eunice Aveldia Schaffner Bonderer. He attended school in Utica and graduated from Chillicothe High School in 1954.

He was united in marriage with Mary Elizabeth (Betsy) Norman on June 25, 1960.

Tony attended the University of Missouri and graduated in 1959 with a degree in Civil Engineering. He served in the United States Army from 1960-1962 and worked for BD Simon Construction from 1959-1989 before becoming one of the founding partners of Professional Contractors and Engineers. In addition to his career as an engineer, Tony was a lifelong cattle farmer.

Tony was a devout Catholic his entire life and most recently attended the St. Thomas More Newman Center in Columbia, MO. He was president of the Knights of Columbus, served on the Housing Authority Board for the city of Columbia, and as chairman of the advisory board for the Salvation Army. He was a lifetime member of the Central Chapter of the Missouri Society of Professional Engineers, for which he also served as president, and was a member of the Missouri Cattleman’s Association, the MU Engineering Alumni Association, and the Great Rivers Council of the Boy Scouts of America.

He was honored by the MU College of Engineering as an inductee into the Civil and Environmental Academy of Distinguished Alumni and received the MU Engineering Alumni Organization Citation of Merit Award in 2001 and the James E. "Bud" Moulder Distinguished Alumni Award in 2014. In 2021, he was honored as the Outstanding Alumnus of the Callaway County chapter of the Mizzou Alumni Association.

The visitation and funeral will be held at St. Thomas More Newman Center in Columbia, MO. Visitation will be Monday, October 17 from 4-7 PM. The funeral, officiated by Father Dan Merz, will be held Tuesday, October 18, at 10:00 AM. The Rosary will be prayed in the church at 9:30 AM prior to the funeral mass. A family graveside service will be held in Chillicothe, MO.

To send flowers to the family or plant a tree in memory of Anthony "Tony" Frederick Bonderer, please visit our floral store. 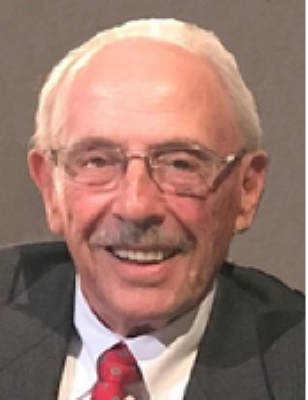