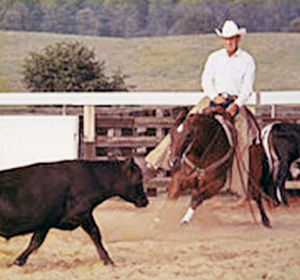 Richard Barclay Head, 88, of Columbia, passed away on September 21, 2019, at home surrounded by family.

Richard was born November 27, 1930, to Walter R. and Mamie Blanche Barclay Head in New Salem, Missouri and they preceded him in death. On May 24, 1958 he married Ann Powell of Columbia and she survives.

Richard grew up on a farm near Browning and went to serve in the U. S. Army during the Korean Conflict. While stationed in Colorado Springs he attended Auctioneer School in the evening.  After the service, he began his career in the automobile business with Nathe Chevrolet and then soon moved into auto auctioneering. While continuing to travel with his auctioneering career, he started Head Motor Company in Columbia in 1960, and then introduced the Toyota franchise to central Missouri.  Richard Head Toyota operated from 1971 to 1982 during which time he served as a Director of Missouri Auto Dealers Association in 1978.  Richard sold the Toyota franchise to focus on his new adventure, owning and operating an auto auction which he purchased in Moberly in the mid 70’s.   Eventually he moved it to Columbia to establish Richard Head Auto Auction off Route Z, which he sold 1996, to focus on his horses and farm.  The farming and ranching lifestyle drew Richard back also during the 70’s.  He purchased a local farm which is still owned and operated today by the family.  One of his enjoyments was working his cutting horses with his cattle, along with breeding and competing in cutting horse events.  Richard won a number of awards, eventually being inducted into the National Cutting Horse Association Hall of Fame.

Richard is survived by his wife of 61 years, Ann, and twin sons, Stuart Head (Martha) and Steve Head (Cristena) all of Columbia; four grandchildren, Brent, Christian, Lindsey, Gracie; siblings, Dorothy Ramborger of Chattanooga, Tennessee and Gilbert Head of Kearney, Missouri, and several nieces and a nephew.

He was also preceded in death by his siblings, Allen, Eldon and Vernon.

Online condolences and tributes may be shared with the family at www.bachyager.com.

To send flowers to the family or plant a tree in memory of Richard Barclay Head, please visit our floral store.